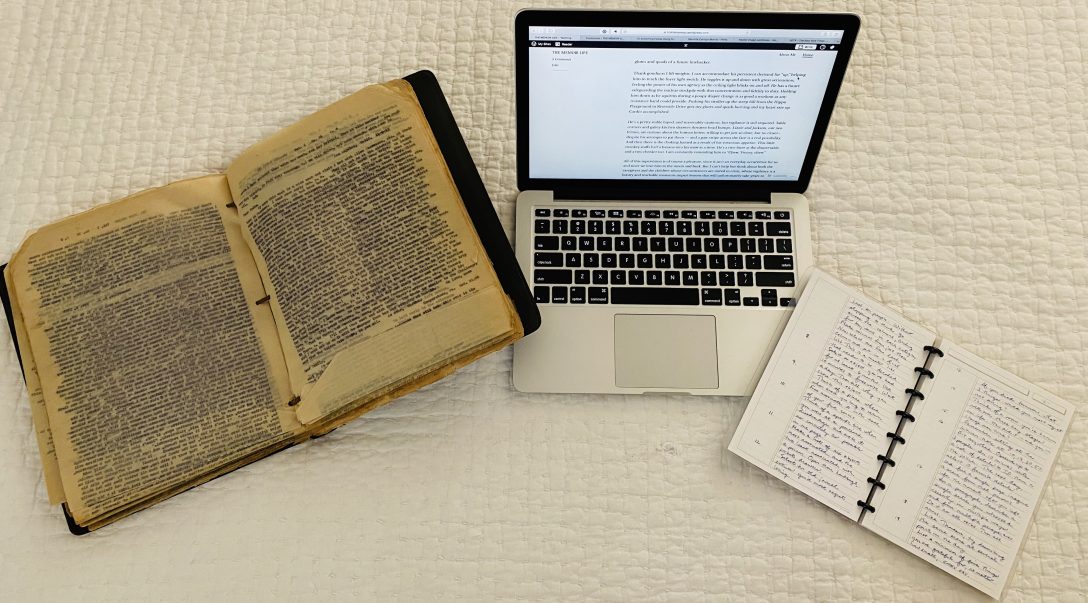 As part of writing my memoir I’m researching my maternal ancestry on Ancestry.com. My mother died when I was only two years old, and for reasons I am exploring, her story (and hence part of my identity) was buried along with her. Raised in a 1950s New Jersey stepfamily, but truly nurtured by my elderly Quaker relatives, I had only two or three visits with her parents on their farm in the tobacco belt of southwestern Kentucky.

A big part of my story is the incongruity of my parents’ backgrounds: ten generations of highly educated, progressive Pennsylvania Quakers on my father’s side and as many generations of often illiterate, occasionally slaveholding southern hillbillies and farmers on my mother’s side. Brought together by World War II, my parents were the first in each of their clans to marry outside.

My attitude toward America’s original sin, slavery and the racism accompanying it, is just one part of what made me distance myself from both my southern family and my stepfamily. Today as I pore over the 1850 schedule of slave inhabitants in my ancestors’ home county I am forced to reckon with my family’s complicity.

It’s a complicated story. While my great grandfather was named Abraham Lincoln Barnett and his grandson was named Lincoln Bowling Barnett after one of Kentucky’s most famous sons, they both farmed just miles from the birthplace of Jefferson Davis, whose birthday is still celebrated in Christian County as Confederate Memorial Day.

My Pennsylvania relatives, on the other hand, were calling for the abolition of slavery as early as the late 1600s. My own grandfather was an early member of the NAACP. Deeply influenced by him and by my own education in Quaker boarding school and at Columbia University during the late 1960s and early 1970s, I made it my life’s work as a U.S. History teacher to convey to my mostly privileged mostly white suburban D.C. students that this country was built on the concept of white, male, property-owning supremacy.

The story since our founding has been, in fits and starts, a tale of expanding the circle of citizenship and equal opportunity to laboring people, freedmen, women of all colors, immigrants from across the globe and people of all sexual and gender identities.

We are currently in one of the “fits.” The election of Donald Trump, who today reprised a segregationist trope in a Tweet about the unrest in Minneapolis over the execution by police of a black man accused of a twenty dollar crime, signaled a backlash against America’s first black president.

It was my stepsister’s husband’s labeling of President Obama as “that nigger in the White House” that caused me to have to accept what I had long felt but repressed: that not just my politics but my values diverged from those of my stepfamily. That was the first step toward my break from them.

This morning, awakening to the news of further unrest in the Twin Cities and needing to get back to my research in order to meet a deadline for submitting this chapter to my writing class, I feel a deep unease.

It seems as if my own family history reflects the complexity of white attitudes toward blacks through time. One side of my heritage believed in “that of God in every man,” bought their land rather than stealing it from Native Americans and practiced nonviolent protest against slavery, war and injustice. On the other side, whether they owned slaves or not, fought on the Union side or with the Rebs, or named their sons after President Lincoln, my Kentucky ancestors believed in and acted upon their concept of the superiority of the white race.

Perhaps more disconcertingly, I have stepfamily members who voted for Donald Trump 2016 and will probably do so again. They are no doubt watching Fox News as I write this, siding with the police as they lob tear gas and arrest demonstrators, rejecting Martin Luther King’s description of riots as “the language of the unheard.”

I’ve touted my Quaker ancestry for my entire life, in a way that I now see as a form of virtue signaling. Exploring my complicated relationship with my southern ancestry and my recent ghosting of my stepfamily forces me to recognize once again how my own privilege has enabled me to pick and choose the elements of my family’s past and present that allow me to be complacent.

I’m not sure what my next steps should be, but I know that I can’t continue to walk on the primrose strewn path I’ve been on.

Join 282 other subscribers
Follow THE MEMOIR LIFE on WordPress.com